At Oxbridge, we’re proud of all of our students. However, occasionally, one comes along who stops us in our tracks. One who demonstrates sheer determination and commitment. Enter: Sophia Barbayannes, aged 30.

We’ll start by telling you that Sophia is currently enrolled on four courses with us, and on track to gain qualifications that will allow her to fulfil her ultimate dream of working in education. And to top it all off, English is Sophia’s second language, as she grew up and went to school in Athens, Greece.

In 2016, Sophia made the difficult decision to part with her family and move to London. Although she had a rudimentary grasp of the English language, she was far from fluent.

Growing up, Sophia had always enjoyed school, and while adjusting to her new life in the UK, she was certain of one thing: the value of a proper education. Thinking of her future, Sophia did some research into the qualifications UK employers want to see. Wisely, she made the decision to start with maths, English, and ICT Functional Skills Level 1. On these courses, she learned to express herself clearly, improved her writing ability, and boosted her numerical and computer literacy skills.

Armed with new qualifications, Sophia decided to enter the workforce. She enrolled on an Early Years Educator apprenticeship programme, which allowed her to gain experience as she completed the NCFE CACHE Level 2 Diploma for the Early Years Workforce. Incredibly, Sophia even challenged herself to complete a combined GCSE science award, and passed all her exams with flying colours!

By now, Sophia was certain that her future lay in educating the next generation, helping to instil the same passion for learning that she herself enjoyed. Having succeeded against the odds, she also wanted to mentor adult learners who were struggling with self-confidence issues. So, she enrolled on four courses with Oxbridge that would enable her to achieve those dreams, and to qualify as both a teaching assistant and adult education teacher: the Level 3 Diploma for the Early Years Workforce, the Level 3 Certificate in Supporting Teaching and Learning in Schools, CAVA, and the Award in Education and Training. Incredibly, Sophia is currently on track to finish all four courses early, and with excellent grades.

Her tutor, Jennifer Ramsey, commented, “It’s been such a pleasure to be on Sophia’s journey with her. She’s always enthusiastic, diligent and thorough, and I’m in awe of the high standard of her work. I’ve got to know Sophia really well, and have gained a very real sense of the compassionate, responsive and child-centred care she offers. It’s difficult to believe English isn’t her first language! Everything she does is done with care, thought, energy and insight. I genuinely feel sad that she’s almost finished her course, as I’ll really miss reading and learning about all she does. I confidently believe that Sophia’s attitude, ability and work ethic will serve her very well in anything she goes on to do and I wish her every success for the future.” 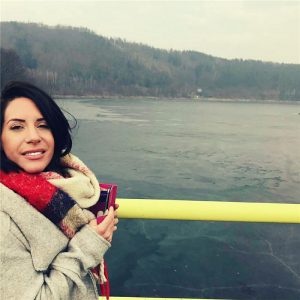 We firmly believe Sophia deserves a certificate of merit, to show other learners that nothing is impossible with tenacity and self-belief. As Sophia herself commented, “Even if you’re starting from the bottom, never give up. Believe in yourself, stay motivated, and you can achieve anything.” 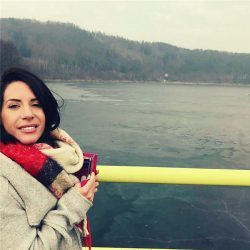